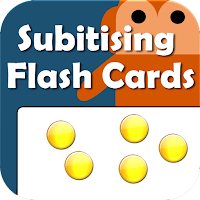 Have you ever played snakes and ladders (or any board game) with a four and a seven year old? Ignore the need to win, the wriggling mess that they become when they slide down a snake or the bragging when they climb a ladder…. And look at what happens when they roll the die… 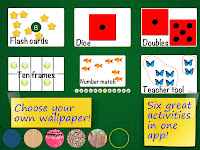 Oh if Miss Four counted the die dots one by one, one more time Master Seven was going to scream! “Six, the die is six, why do you need to count every dot… when it looks like that it is a six!” Master Seven was annoyed with her because he was able to subitise, while she had yet to grasp this automatic knowledge.

Subitising (or subitizing) is the ability to automatically recognise a small group of objects…like on a die or a collection of counters or on a ten frame. It helps with the four processes, counting on, counting back, automatic recall, trusting the count, self checking… I could go on. 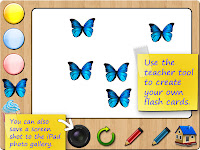 Miss Four couldn’t do it, yet! How could I help her? My experience with early mathematic skills has led me to believe that exposure, real life and game situations provide this ‘help’. Most importantly though, is the ability for Miss Four to explain how and why she knows ‘it’. Metacognition and ability to explain how you have reached an answer is paramount in building a solid understanding of mathematics. 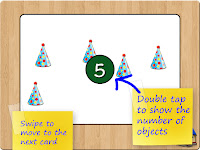 What about Master Seven? Sure, he could subitise a die, but what about when it came to other patterns or objects other than dots? What if I changed them around? 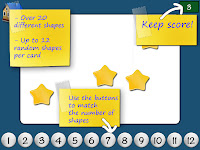 For our next game, we made our own die.  Not to change too much around, we used sticky dots. We even added a seven, eight, nine and ten. The four year old didn’t get it and still needed to count from one but Master Seven was able to verbalise what he was doing ‘in his brain’ to subitise the numbers.

Needless to say, that is why Little Monkey Apps SubitisingFlash Cards was created. We hope you like it.

Posted by Littlemonkeyapps at Wednesday, August 08, 2012